Cases of tick-borne disease are rising throughout the United States, and ticks are expanding further and further into new territories. In response to these frightening changes, find how researchers are combating the problem, and discover the answer to “Do opossums eat ticks?”

In 2019, the Centers for Disease Control and Prevention were notified of 50,865 cases. But research paints a bleaker picture, with Lyme disease diagnoses actually closer to 476,000 annually.  For now, the majority of diseases come from the black-legged tick, a carrier of seven diseases transferable to humans. However, scientists report that Lone Star ticks and Gulf Coast ticks, species typically isolated to the Southeastern United States, are creeping Northward. The factors causing these rises are related to changes in the natural environment, in tick and wild animal populations, and human land use. In response to these frightening changes, find the ways to combat this problem, including one unsung hero, opossums!

What is the solution?

With these unsettling shifts in tick populations, researchers are doing everything they can to understand ticks. Having a comprehensive understanding of these species is key in combating their spread and recognizing the disease they host. For example, researchers have found that individuals bitten by Lone star ticks may develop an allergic response to red meat. To prevent the spread of Lyme disease, projects include treating high-density tick areas with a spray made from native fungus or applying a dab of an acaricide directly to the fur of small wild mammals (harmless to mammals), a compound deadly to ticks that work for multiple weeks.

Ecosystems have natural mechanisms to balance the populations of organisms residing within. With tick populations, Virginia opossums (Didelphis virginiana), the only marsupial of North America, are perhaps the greatest predator. According to Rick Ostfeld of the Cary Institute of Ecosystem Studies, Virginia opossum are extraordinarily good at grooming, consuming 95 percent of the ticks that feed on them.

As they traverse through vegetation, they vacuum up ticks left and right, keeping populations at bay and quelling the spread of Lyme disease. As per numbers, a single opossum may kill 5,000 ticks every season!

Aside from ticks, opossums feast on a variety of pests including cockroaches, rats and mice, snails, and slugs. These North American predators are impervious to snake venom, controlling both ticks and snakes. Lastly, they

How can we help them? 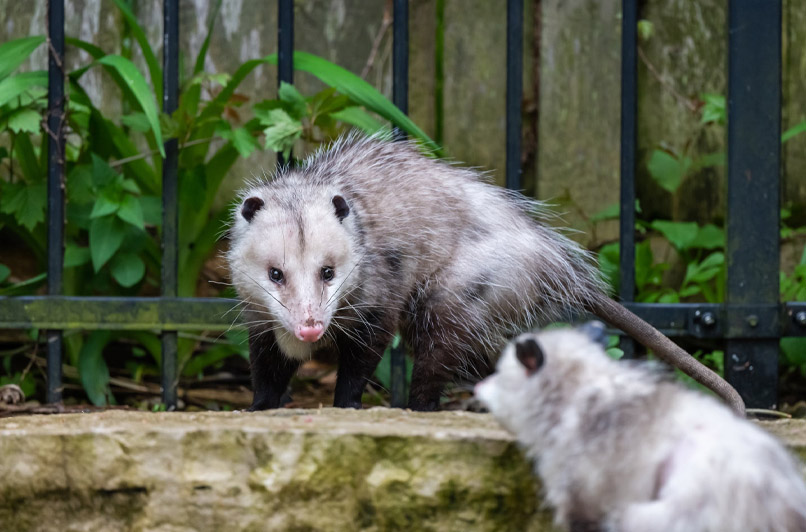 Opossums aren’t the most intelligent creatures, having a tendency to play dead at the worst of time, hence the idiom playing opossum. This technique doesn’t work well in the middle of the road, where it often occurs. So, the next time you see an opossum playing dead on the road, try your best to avoid hitting it. If it’s too late, check for babies (Joeys, as they are marsupials!) from a safe distance, but don’t touch. There may be up to 20 jelly-bean-sized joeys.

Lastly, avoid feeding opossums or any other wild animals. They can become aggressive in response to becoming too comfortable with humans. 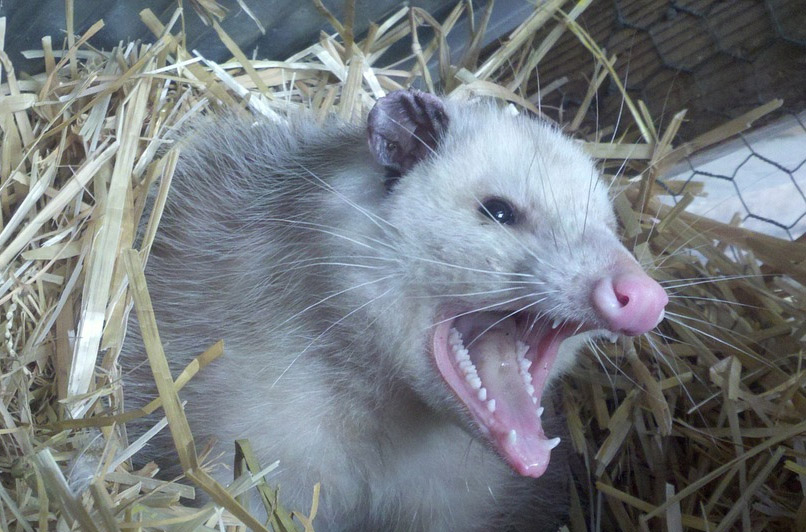 While it’s evident that Virginia opossums play a critical role in killing ticks and preventing tick-borne illness, homeowners need to be aware of the dangers of them hanging around the yard too often, or worse, inhabiting your property. They are known carriers of tularemia and leptospirosis.

Leptospirosis can transmit to humans and pets through feces. When left untreated, it can develop into kidney damage, meningitis, liver failure, and respiratory complications.  opossums can also be aggressive. Although rabies is rare in opossums, they have 50 teeth, more than any other North American animal, and you don’t want to get bit.

Lastly, although opossums kill ticks at astonishing rates, they don’t catch them all. The late summer is primetime for ticks. During this period, they can attract hundreds of black-legged ticks, the primary carrier of Lyme disease. opossums may be infested with hundreds of them during this period.

If opossums become a problem, exclusion and habitat modification are the best ways to prevent an opossum infestation:

All of these tips can deter some opossums and ticks from the home. Unfortunately, stubborn Virginia opossums may still find their way onto yards. In this case, it is best to leave safe and effective removal to the professionals at Critter Control. Learn more about opossum.